Driving in the Dominican Republic really brings to mind “defensive driving.” At times in the USA I would be on a busy highway at I would keep in mind an escape route in case the traffic came to a quick stop or the guy who was driving sporadically in front of me decides to do something even dumber than before.  Here the roads are narrow. People drive ready to pass with their car 3 feet over the line at all times and leaves you little room to avoid motorcycles who are riding 3 feet in.

The winding road we take up to Niños de la Luz is narrow and has corners with little visibility. The large dump trucks will come down about 45 mph down the center and don’t move over for oncoming traffic. The road have no shoulders like what we have in the US. Trees, fences, cows, people or horses are also in spots. Sometimes even a “parked” car will be on the side (2 wheels on the dirt, but most of car in road.)

The other day as I drove down that road and realized how much time I was spending thinking of where I can drive off the side of the road. This was my way of planning an escape of an oncoming vehicle. I also realized that we should do this in our daily walk especially when we know we might be in an area of temptation. If you struggle with alcohol, for example, and you are visiting a friend’s house who drinks – you may want to have another friend come with you to keep you accountable. If we make our exit plans beforehand, or not necessarily make plans but be aware of the “exits” we have available to us.

But like it says in I Corinthians 10:13 – “There hath no temptation taken you but such as man can bear: but God is faithful, who will not suffer you to be tempted above that ye are able; but will with the temptation make also the way of escape, that ye may be able to endure it.”  So, there is always at least one way of escape, we just need to be looking and aware of our escape routes.

Even the keyboard I am typing on has an escape key…

This week is Semana Santa (Holy Week) celebrating the death and resurrection of our Lord Jesus Christ. However, much of this country does not celebrate it in a “Holy” fashion. Please keep us in prayers, the roads here are considered deadly and many are driving intoxicated. Loud music and big parties are the norm around the touristy areas (bars and beaches.) We are limiting our travel some, but we are also not living in fear.

Since this week is a national holiday, the boys at Niños de la Luz have the week off from school. We joined them Friday for a play day and had a great time with the boys and the other families working at NDLL. 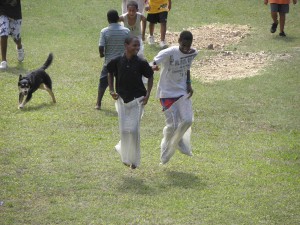 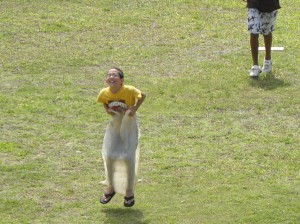 Josiah in the Sack Race 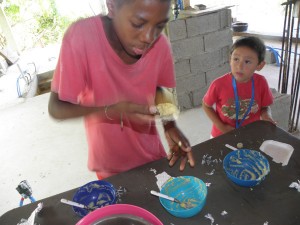 Today we went up to visit some families in Villa Paraiso. Little nervous about the roads, but we did fine and made it back alive. Don’t think I will be heading out anywhere tonight!

One man in the village, Jose, has been bleeding for 12 days and has to go to Santiago Monday to be checked out why. Please lift him up in prayer. This may be something related to his past, since before he came to Christ he struggled in drugs. Also, hold his family up as they are all deeply concerned for him. Pray for God’s peace.

Jeremy Oliveria is back on tour

Our son Jeremy has headed back on tour in April along with a group called The Weigh Station. Last I heard they have around 20 concerts to play in April. Pray that God will go before them and prepare the hearts of His children to hear more of Him.

Here is one of the songs, Above Any Grave, on the CD which is a split LP of Jeremy and The Weigh Station.

Jeremy Oliveria
Above Any Grave lyrics 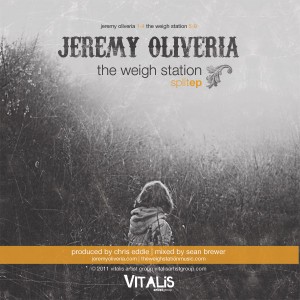 We are praying God continues to use Jeremy to touch lives and to draw them to the throne of grace. God has been so awesome and Jeremy has a gift to share with others God’s great love. We love hearing reports from people who have been blessed by the music, it is a testimony of how God can take what the enemy tries to use for evil and turn it for His glory.